Its kinda cool when you check your go-to-news site and you found familiar face.

Few days ago, Tripvisto, travel commerce sites, got seed funding from East Ventures and made it to DailySocial. One of the people responsible for Tripvisto is a good friend of mine Aditya Saputra. Back in college days, Didit (as he usually called) was a rare breed of people who aim to setup his own business. Mind you, this is back in 2006-2007-ish where startup trend in Indonesia was still in infancy. The time where venture capital was still a fancy word. Post graduation, Didit with two other friend started software development services called SmartTekno, developing information system in public sector office before moving to Jakarta and started TripVisto with Sumartok (which previously founded Flamingo & Presentonomics).

With this investment, TripVisto will be in the bunch with other promising startups in EastVentures portfolio such as Tokopedia and Techinasia. Good progression so far considering it was still less than a year ago when i first heard TripVisto from didit in one of our coffee talk. Looking forward to hear more good news from Tripvisto. Read the dailysocial release below and go check TripVisto. 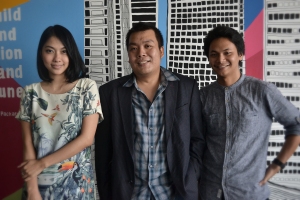