My day started with a very sad news about a good friend of mine, Ghani Arrasyid. I knew him since high school and we went into the same university albeit different major. It has been so long since the last time i met him in person but we chat in whatsapp a while ago which he gave his wedding invitation. Apparently, the man above already had other plans for him. He passed away yesterday evening in a traffic accident, just a month after he said his marriage vow.

Me and Ghani went into 16th State High School of Surabaya. We were in the same class, 2-8. Back in high school, my first impression of him is he was an awkward introvert nerd. I used to make fun of how he walks. Ghani is a tall guy and he seems like a bit wonky when he move his body. This was even more noticeable in a physical education class where we need to run around the school field.

Another distinctive trait of Ghani is his smile. The kind of awkward smile which bears resemblance to Michael Cera.

I remember one funny moment with Ghani. We were invited to one of our classmate sweet 17 party. The dresscode for the party was white, but Ghani showed up in a jeans and flannel shirt. In a group of whites, Ghani’s going-to-grunge-concert outfit stood out like a sore thumb. His above average height makes it even worse. As a result, he was the number one target for the MC’s for silly games. For an introvert like Ghani, i can see his uncomfortable-ness in that situation but apparently being a good sport as he is, he took it like a man and did

One particular day, our class had an empty hour. You know, the best time of high school when a teacher was absent. I was reading comics or something when i heard someone playing guitar. Since junior high, i was obsessed with Nirvana so when Ghani sang the first verse of Jesus Doesnt Want Me For A Sunbeam i jumped straight of my chair. Holy shit, in the time where typical student in my school was swooning on jazzpop and hiphop, i never knew that there was a soul in my surrounding area which listened to an obscure Nirvana track from their infamous Unplugged In New York album.

From that point, we bonded over music. I never knew behind his nerdy glass, he could play guitar very well.

We talked a lot music especially alternative punk bands. He introduced me to a lot of bands such as Panic At The Disco, 30 Seconds to Mars, The Used, Saosin and his personal favorite Circa Survive. He had an admiration on ex Saosin vocalist Anthony Green which leads him to listen to Green’s subsequent project Circa Survive. I remember he used the artwork Circa Survive debut album On Letting Go as his profile picture in Friendster for a long time. 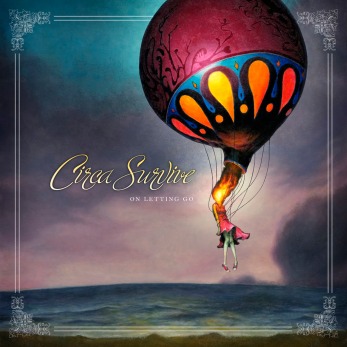 We didnt talk much again after high school. Even though we both went to Institut Teknologi Sepuluh Nopember, but we took different major. I took information system while Ghani went to environmental engineering. We still interacted once in a while over various social media such as Plurk, Twitter, Facebook. He commented on my blog several times and i did the samething over his blog. Sometimes we also chat on Yahoo Messenger back in the day. We still talk about the same thing, music, alternative punk and other cool stuff in between.

I cant seem to remember when was the last time i met Ghani in person. It was that long time ago. When he invited me to his wedding, i gave an apology because i couldn’t attend his big day. No worries, he said. Your prayer is more than enough, he added. Never did i know that it will be my last interaction with him.

Ghani was taken into heaven 6 PM after a fatal traffic accident in Jombang. He was a newlywed with only a month of marriage miles. He was a good son which took care of his mother when she suffered from serious illness. Also, he was a friend of mine.

Thanks for all the musical influence Ghan. May you had a chance to jam with Kurt Cobain up there.

A Playlist For A Friend

2 thoughts on “An Obituary About Ghani”